Paradise Cruises Halong launched their first vessel in 2008. However, the foundations of the company were laid a few years ahead with the building of the bridge linking Tuan Chau Island to the main land and the ensuing possibility to bring passengers to a private pier, a service never yet offered by cruise companies of Halong bay.

The concept of the company came along, to offer a unique cruising experience in the World Heritage site, blending Vietnamese traditions and multi-faceted culture with the highest standards of hospitality worthy of world-class grand hotels and, thanks to visionary ideas and unequalled customer services, standing out among the four or five hundred boats sailing across the bay every day. 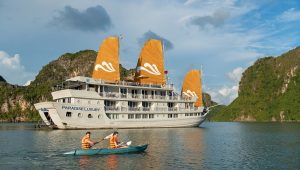 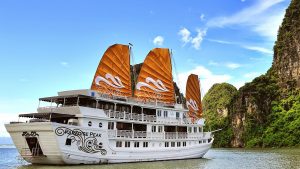 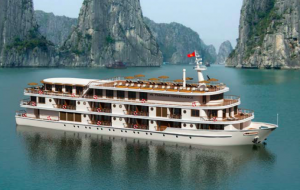 After four years of careful planning and cooperation with Vietnamese and Western architects, designers and consultants, Paradise Cruises launched their first boat, Paradise Luxury I, in November 2008, soon followed by Paradise Luxury II in March 2009.

The fleet expanded subsequently in 2010 and early 2011 with a new Paradise Luxury (III), a brand new generation of smaller, highly intimate and sparklingly elegant private boats, Paradise Privilege I and II, and two Paradise Explorer day boats. The latest addition to the Paradise Luxury Cruisers (IV) set sails for the first time in October 2011.

In the meantime, in their constant effort to provide an ever-better quality of service and accommodate their guests in the utmost warmth and comfort, Paradise Cruises opened a luxurious Café & Lounge area a few meters away from their private marina.

Paradise Cruises furthermore used all their artistry to revolutionize the world of Five Star Cruising late December 2011 when launching the Paradise Peak, an utmost luxury vessel whose qualities go far beyond the most extravagant imaginations.